Intro to our history

The whole of northern Quebec has always been very sparsely populated and its aboriginal occupants moved about a great deal. There were no permanent year-round settlements in the region until trading posts were established in the late sixteenth century along the coasts of the James Bay and Hudson Bay and only in the late eighteenth century in the inland country near Waswanipi. Waswanipi was known as a country rich in furs – particularly beaver, lynx and marten.

The Northwest Company, formed by English fur merchants from Montreal after England took control of France’s colony in 1763, were the first to open a full time trading post in the Waswanipi area. They began sending small parties of men north from their Abitibi posts to trade in Waswanipi (and also Mistissini) and by 1775 they had a year-round operation in a log-tent built on Cheashquacheston Lake (Gull Lake, today’s Lac au Geoland) some 10 kilometers west of Waswanipi Island. By 1800, they had moved their place of operations to Waswanipi Island. 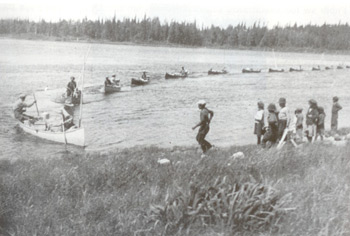 Read more about our history

Even before European diseases like smallpox wiped out so many aboriginal people, it is unlikely that more than 40 families made up of four or five people occupied that territory we now classify as “Waswanipi”. In 1823 the HBC records show that 32 family groups totalling 136 people were trading at the Post. These families, formed into a dozen or so small hunting groups, scattered widely across the territory in winter. In spring or summer they would meet at some prearranged time and place. All Waswanipi families did not come into Waswanipi Post every year. Some traveled to visit or arrange marriages with neighbouring aboriginal groups and to trade at a different Post – often Megiscane or Nemiscau.

The HBC Journals, which recorded brief daily notes on the comings and goings at each Post, tell us that even by the early 20th century no more than one, two or three family groups would visit Waswanipi Post at the same time. A family might come to the Post once or twice a year, staying no more than a day or so, trading their furs for the very small stock of items the Post kept on hand. The fur trader’s stock was small because, until recently, it had to be transported hundred of kilometers by canoe and carried over dozens of portages. 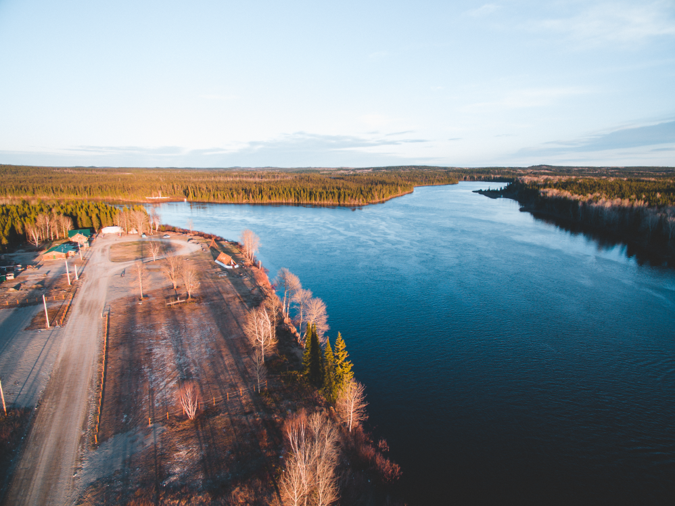 In the 1950s the whole Waswanipi region opened up to outside exploitation as the Chibougamau copper boom resulted in the opening of a railway and a highway which skirted the shores of Waswanipi Lake. Thousands of workers migrated to the surrounding region as mines opened in Desmaraisville and Matagami and sawmill operations began in Miquelon-all on Waswanipi lands. Waswanipi people became a minority on our own lands. Soon some band families began to migrate to these new settlements in search of jobs. By 1960 we had about 400 Waswanipi band members, but we were widely scattered in Matagami, Senneterre, Miquelon, Desmaraisville, Waswanipi River and Chapais. As for Waswanipi Island, it was all but abandoned, except for short summer family get-togethers fro weddings or when people gathered for a funeral. When the HBC finally closed its store in June 1965, only few old people remained on the old Post and these soon moved away.

Since 1976 our community has been located about 275km north of Val d’Or, where Quebec Highway 113 crosses the Waswanipi River; but before that, our home base was a trading post some 15 km to the west, on the island located in Waswanipi Lake.

From 1965 and onward there was a long and difficult struggle to reunite our people at its present location at Waswanipi River. Band members were much divided as to the best location for a new town site. Ottawa delayed because of worries about cost and the indecision of the Band Members. The Quebec Government of the day did not recognize aboriginal title and was slow to transfer any “Provincial land” – as they saw it – to Federal control for a new town site. The matter was only settled in 1975 after Hydro-Quebec had lost the James Bay Court case and the James Bay and Northern Quebec Agreement had been negotiated.

Site preparations for our new community began in 1976 at the confluence of the Opawica and Chibougamau Rivers – the headwaters of Waswanipi River. The first houses were occupied in 1977. Today it is the home of 1400 Waswanipi – proud beneficiaries of a hard fought for James Bay and Northern Quebec Agreement. 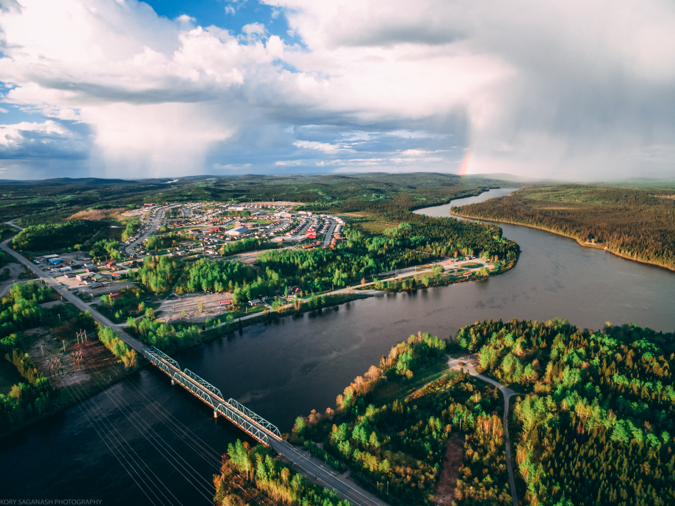